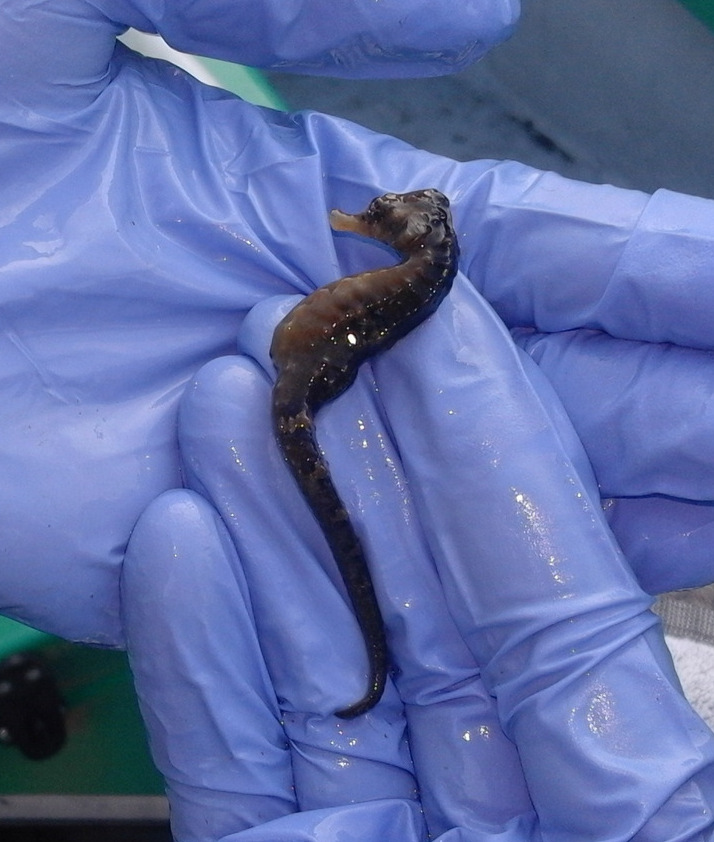 Codium tenue, an aquatic plant, has been found to be a suitable habitat for the Knysna seahorse within Thesen Islands Marina. This project aimed to assess and compare the density and sex structure of the Knysna seahorse within this habitat. Results were also compared to the 2016 assessment of this population. The study ran from March to August 2017 (6 months) at three sites within the marina and the density of seahorses was found to be similar across sites as well as over the six-month period. The overall average density of Hippocampus capensis was found to be 0.32 ± 0.02 seahorses per kilogram of Codium tenue. This density was found to be similar to surveys from 2016. 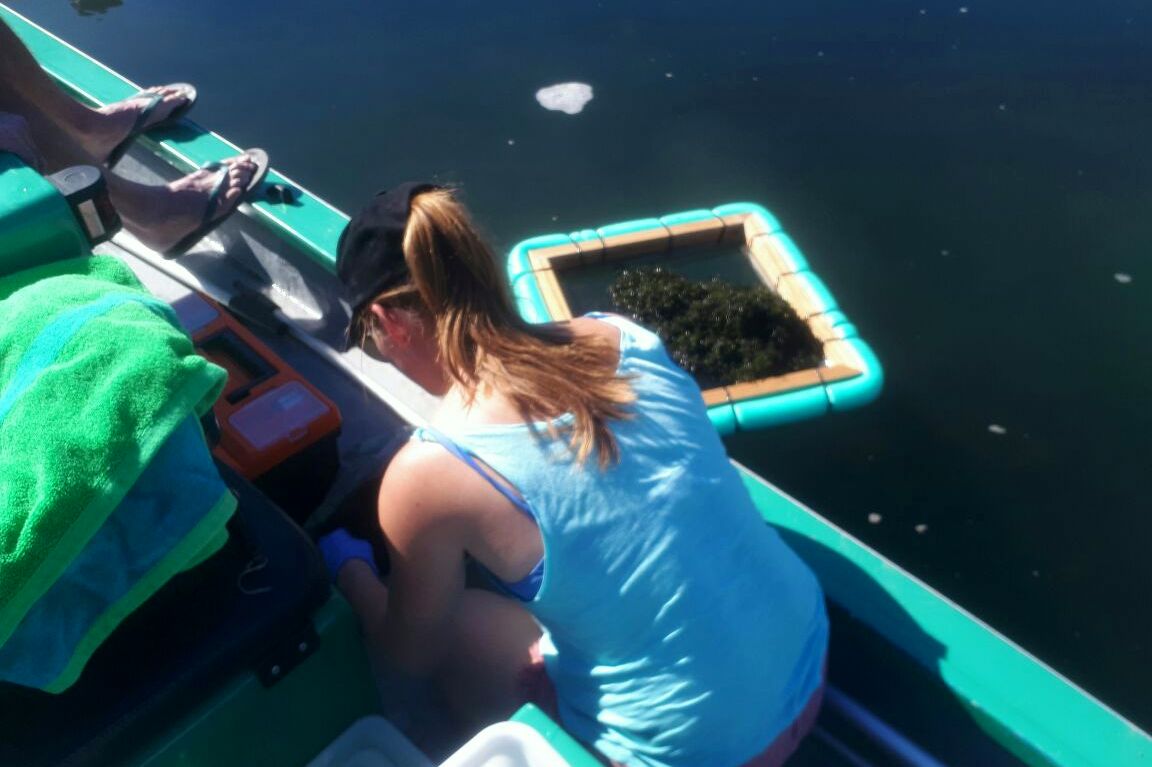 The sex ratio for seahorses within Codium in Thesen Islands Marina was found to be equal (1:1). This sex ratio is consistent with data collected in 2016. During March (late summer) 56% of males were found to have fully distended broodpouches indicating pregnancy. However, as the rest of the study was carried out during the winter months no more pregnant males were recorded after March. No juveniles were found during sampling. 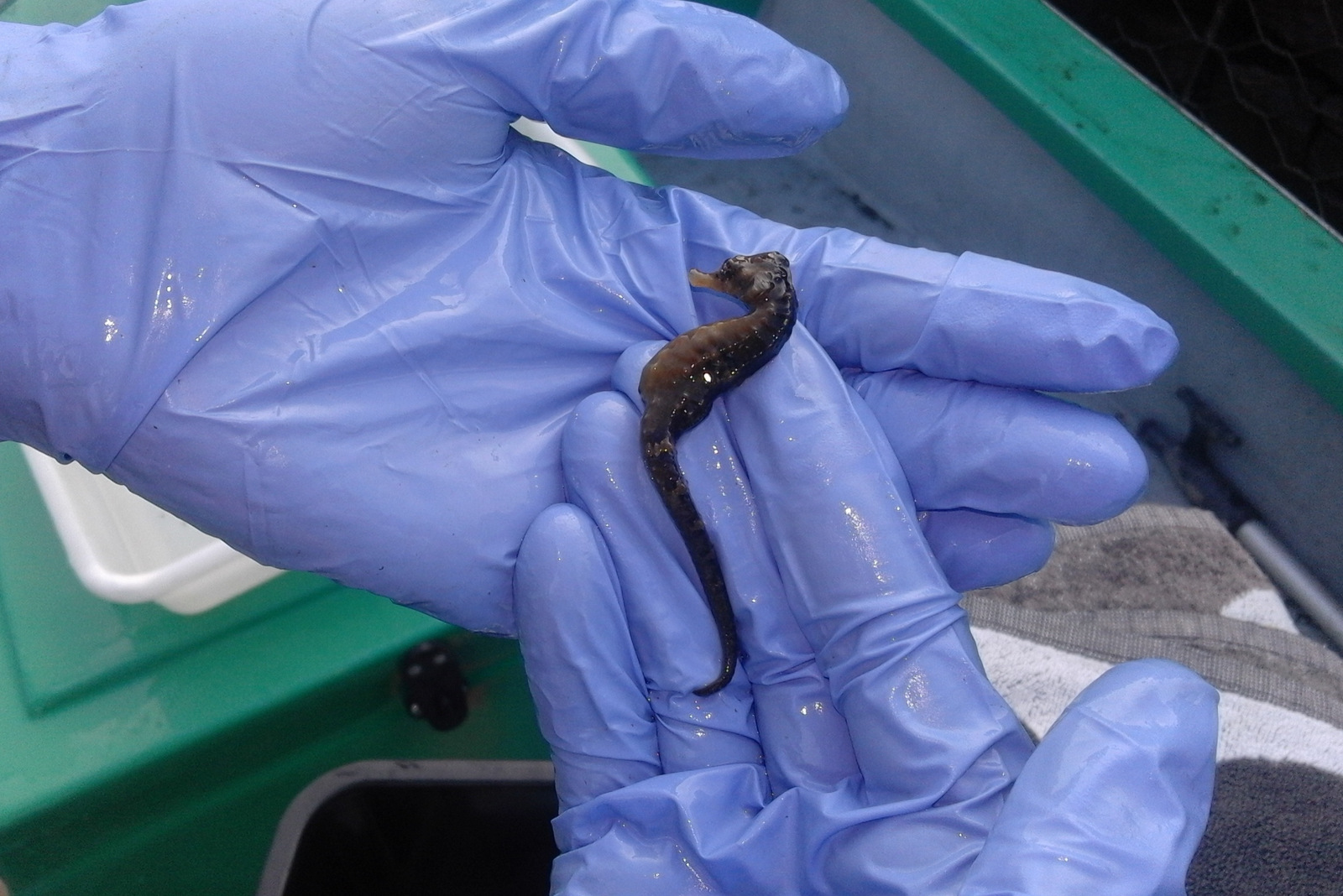 This project also looked at the morphometric measurements of H. capensis and measurements of height, weight, head, trunk, and tail length were taken for every individual found. Seahorse height over the six months ranged from 45 to 96 mm, with the greatest average height recorded during July. Weights of seahorses ranged from 0.63 to 4.10 g. The head lengths of seahorses ranged from 7 to 19 mm, and trunk lengths from 10 to 38 mm. Finally tail lengths were found to range from 25 to 51 mm over the course of this study. 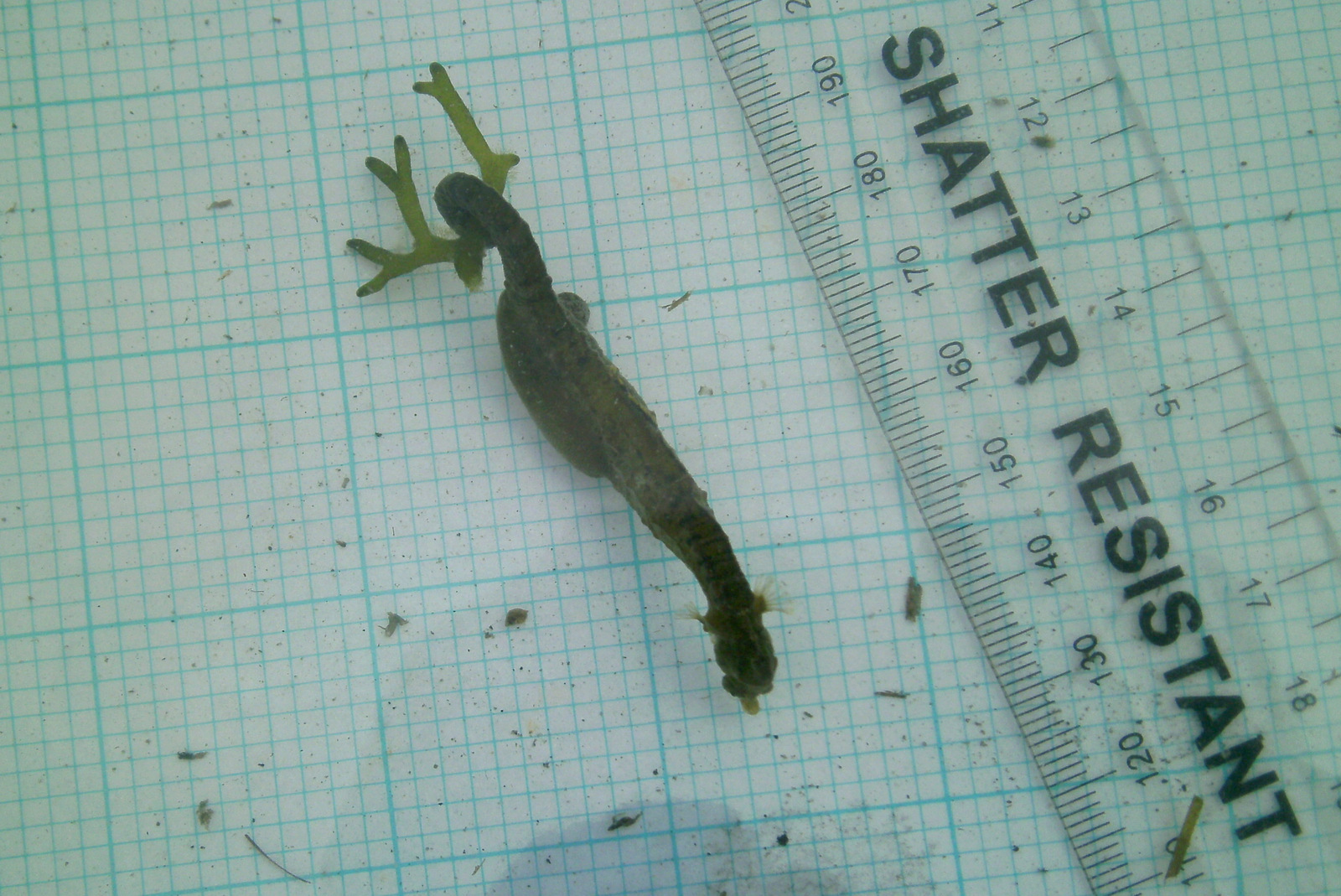 Overall it was found that males were larger in height, weight, and trunk length than females. The study also managed to have a superficial look at another resident within Thesen Islands Marina, the Longsnout pipefish, Syngnathus temminckii. Pipefish were found at all sites and had similar densities between sites. The overall average density for pipefish was found to be 0.39 ± 0.03 pipefish per kilogram of Codium. The length of pipefish ranged from 110 to 168 mm and was similar between sites and over the six month period. 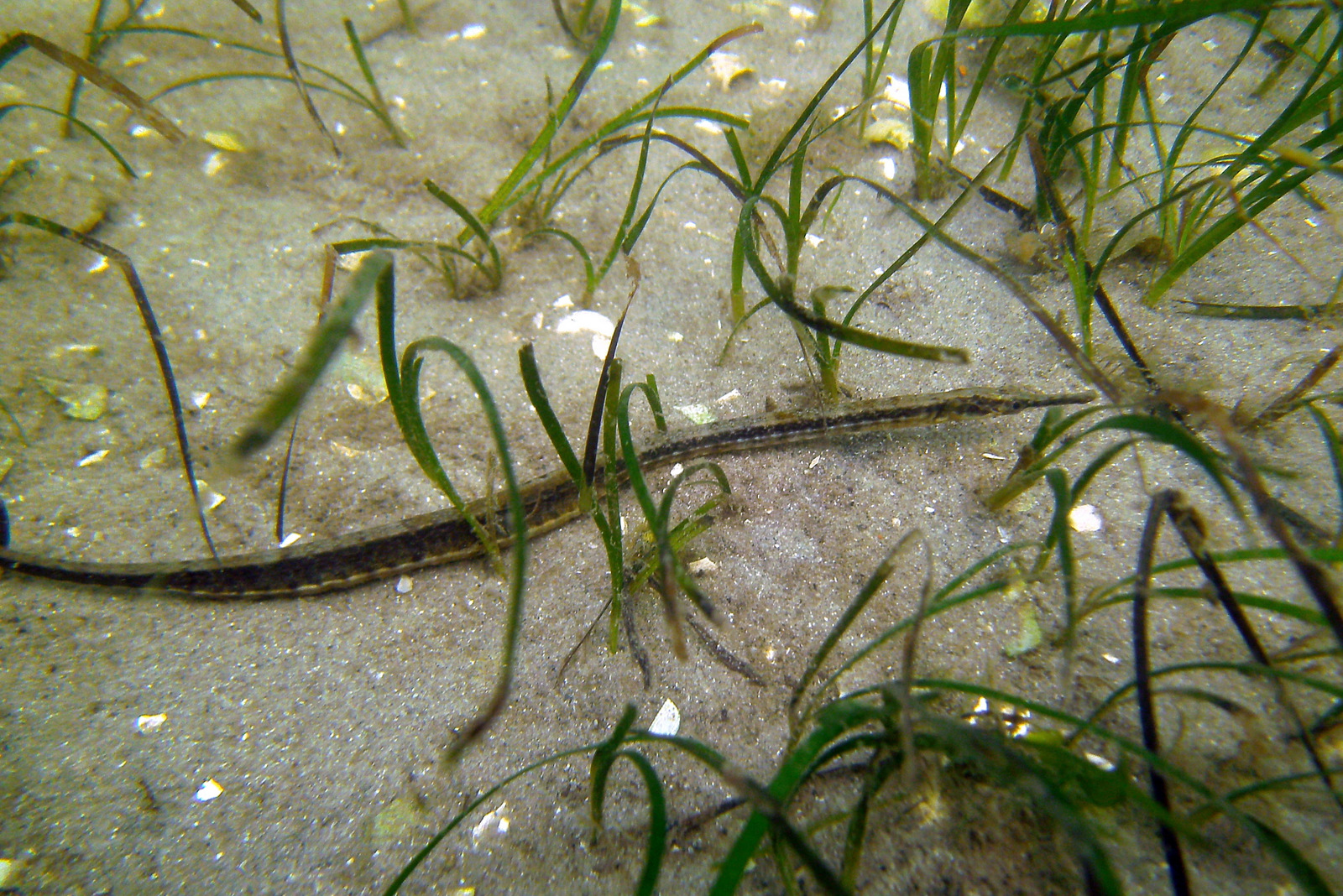