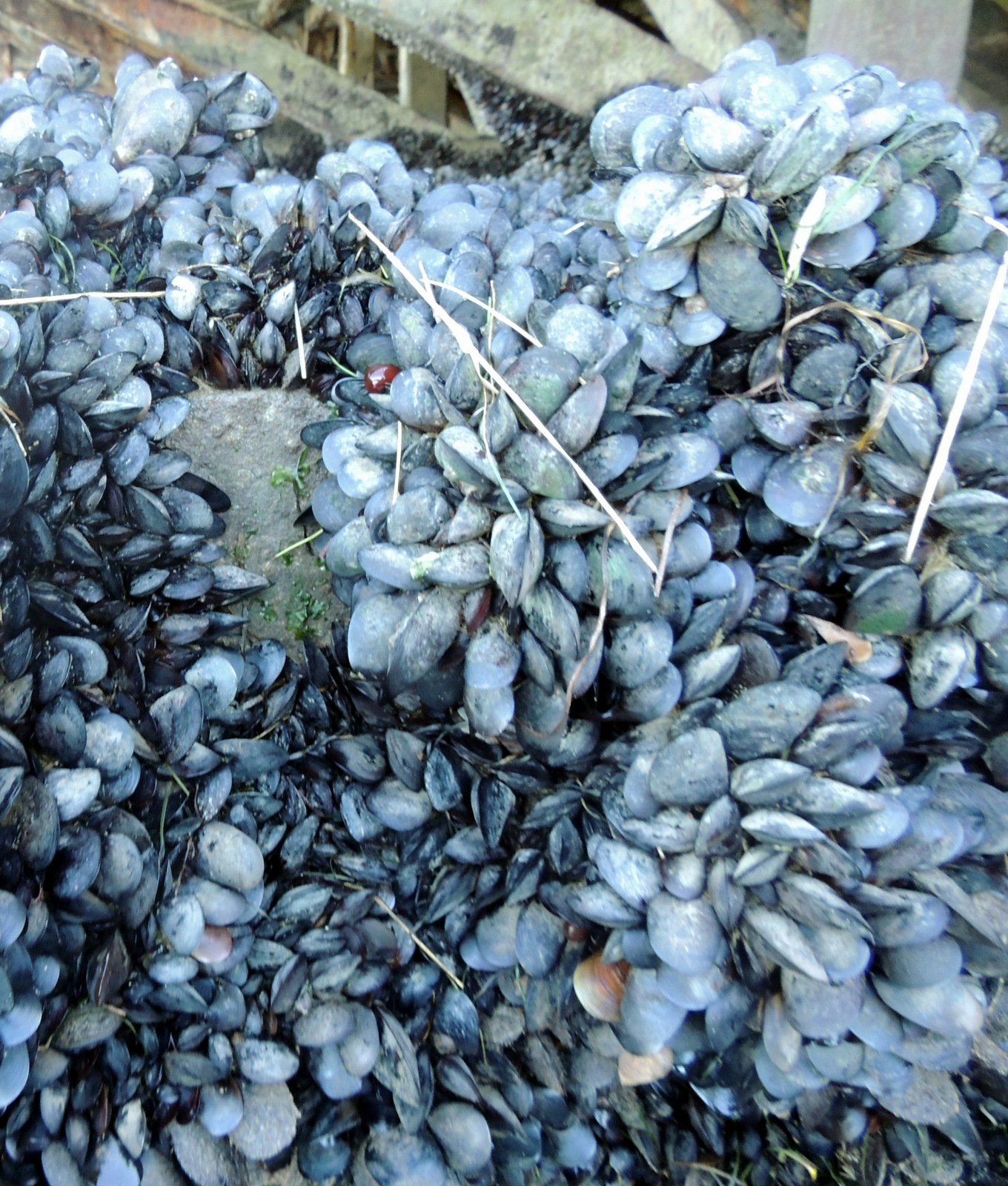 My name is James Radloff and I am currently doing my MSc in Marine Biology at Rhodes University. I am working on one of the most alien invasive marine species along the South African coastline, the Mediterranean mussel – Mytilus galloprovincialis. The Mediterranean mussel has the characteristics of a successful invasive species, having a high tolerance to salinity and desiccation, fast growth rate, high reproductive output, they are better competitors than native mussel species and have relatively few predators. Because of these successful characteristics this species has been able to spread extensively along the coasts of South Africa. 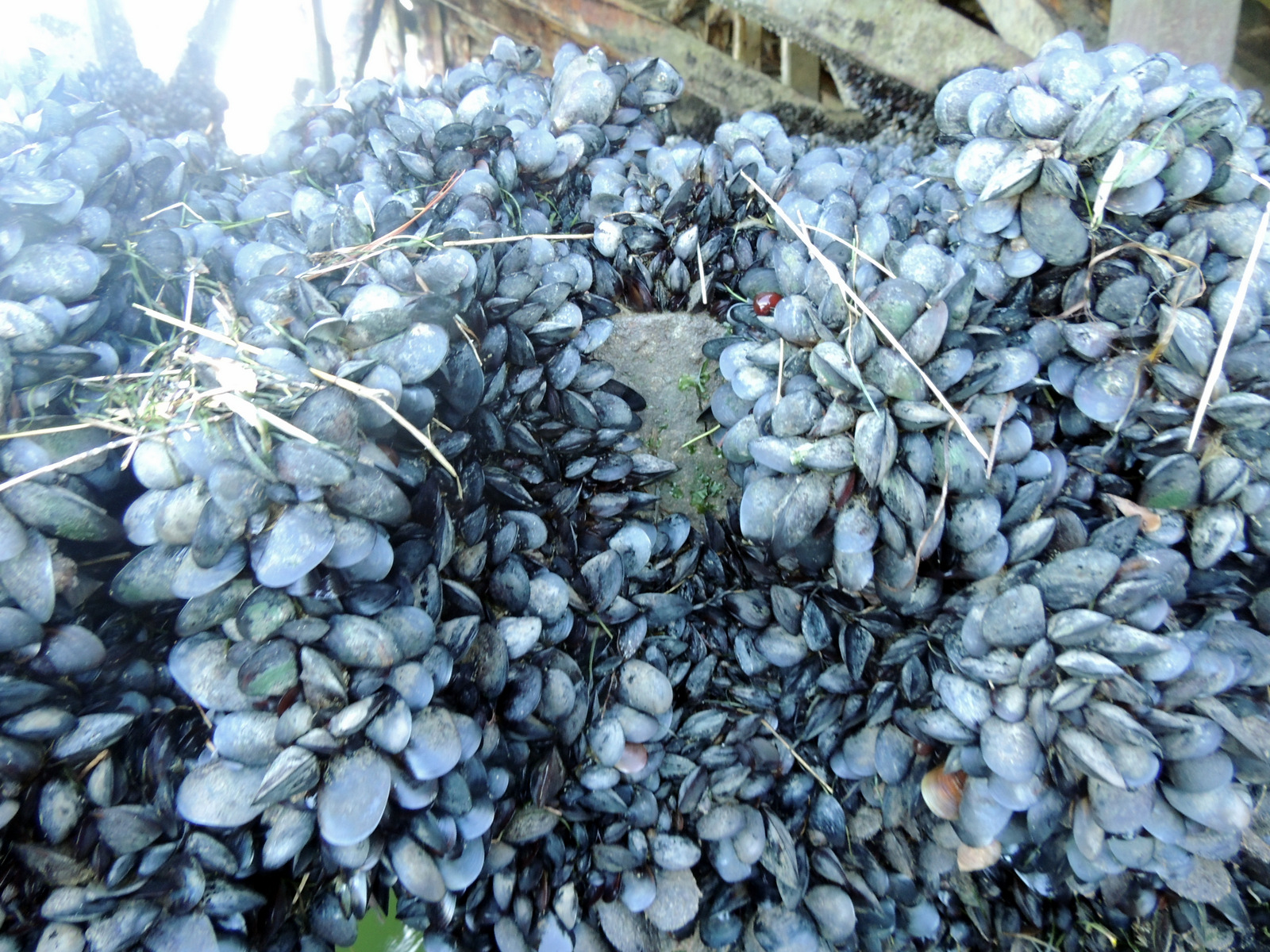 The species was first introduced accidentally by ship in Saldanah Bay sometime in the late 1970’s and now occupies a rough total of 2 050 km of the South African coast stretching from Cape Point, in the Western Cape to Kidd’s Beach in the Eastern Cape. This alien invasive was recently identified in one of South Africa’s most important estuaries, the Knysna Estuary. The Knysna estuary is deemed to be extremely important as it is known to contain 42.6% of all South Africa’s estuarine biodiversity and is even considered a national park. 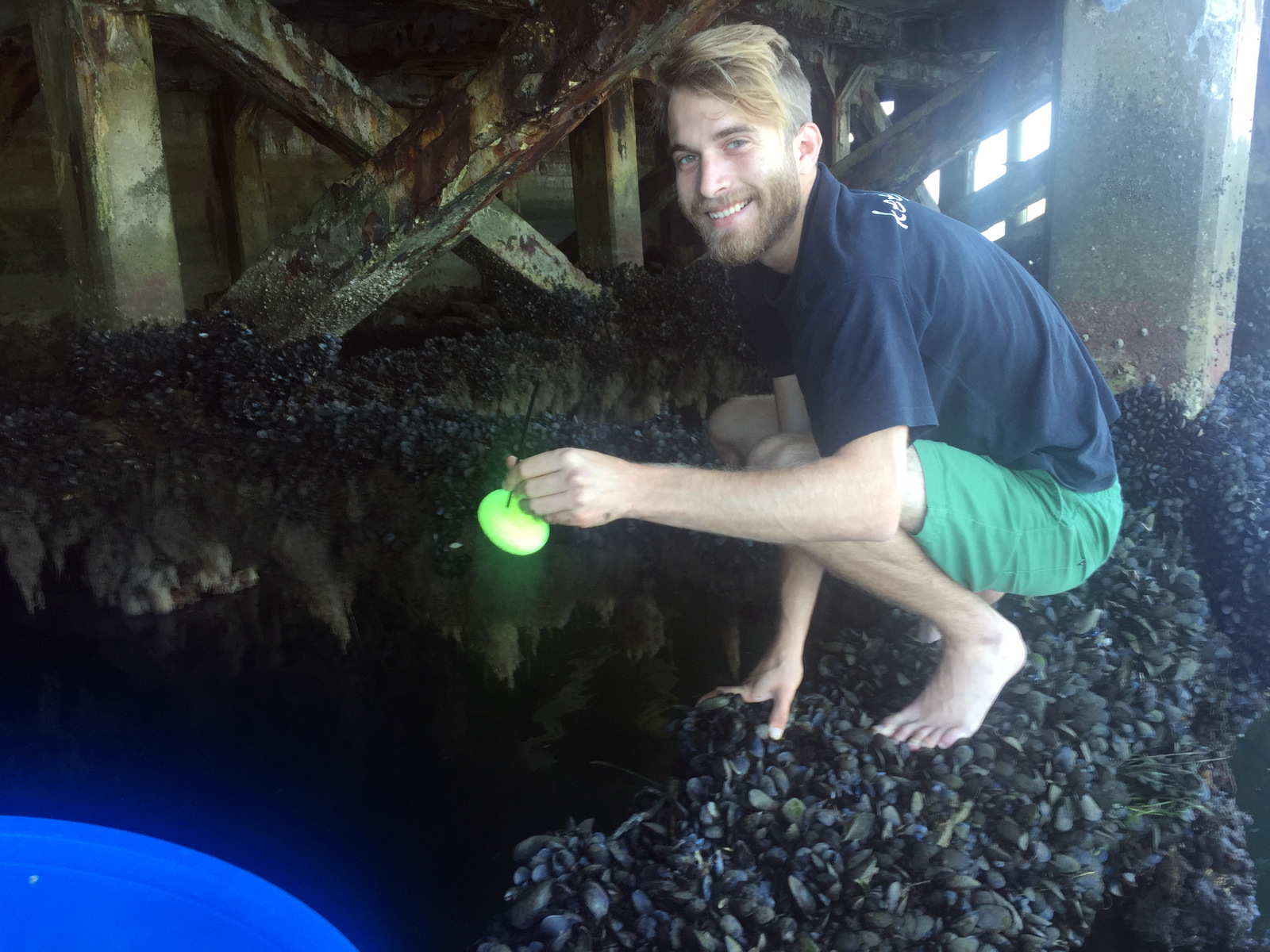 One of the main reasons that this mussel has been able to spread so quickly along the South African shoreline is that it has a high reproductive output compared to local species and is able to grow faster and out-compete local bivalves and associated fauna. Although recruitment rate studies of M. galloprovincialis have been studied along the coasts of South Africa, relatively little research has been done on the reproductive output of this species within the Knysna Estuary. My project primarily involves the following: 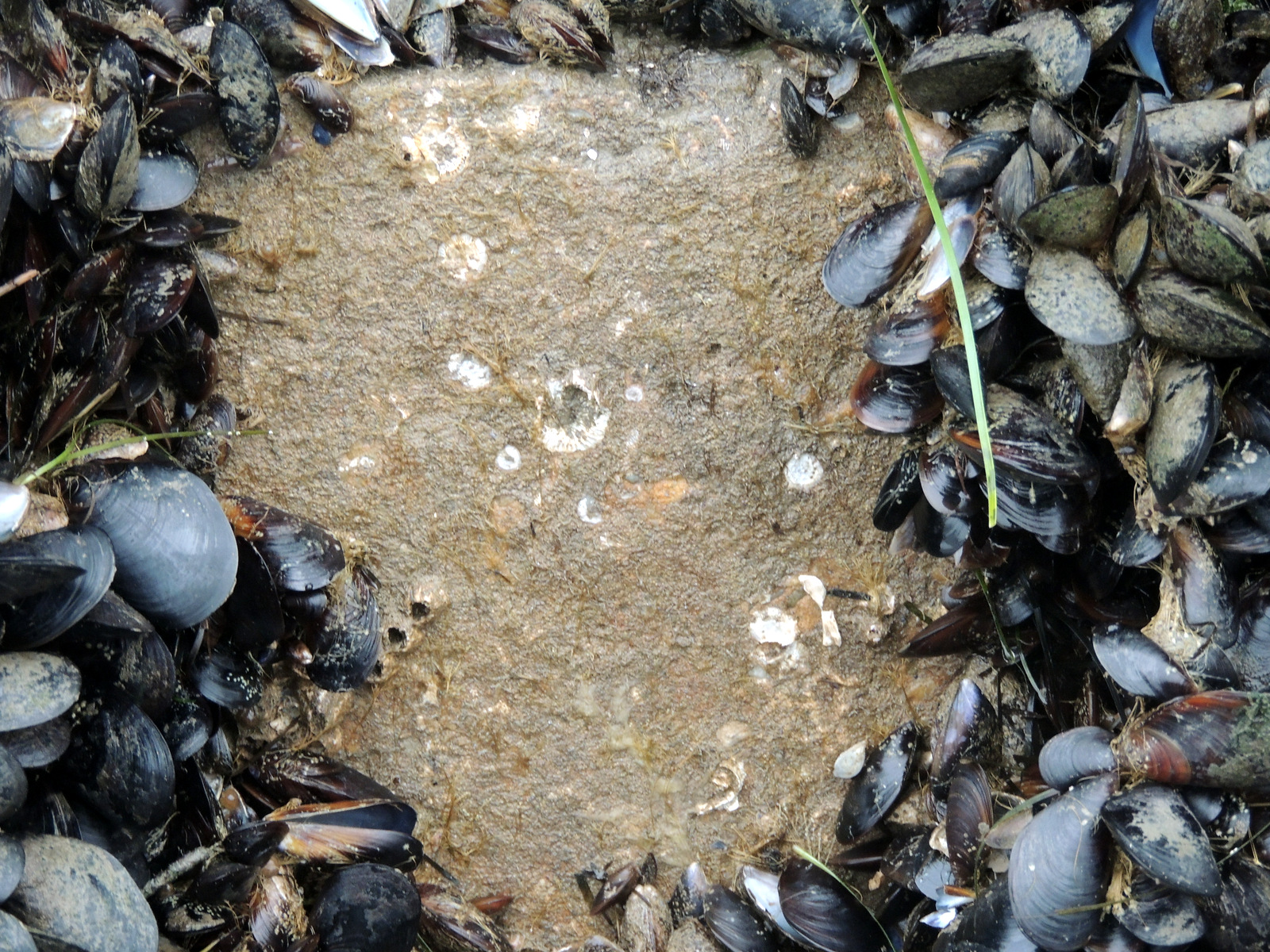 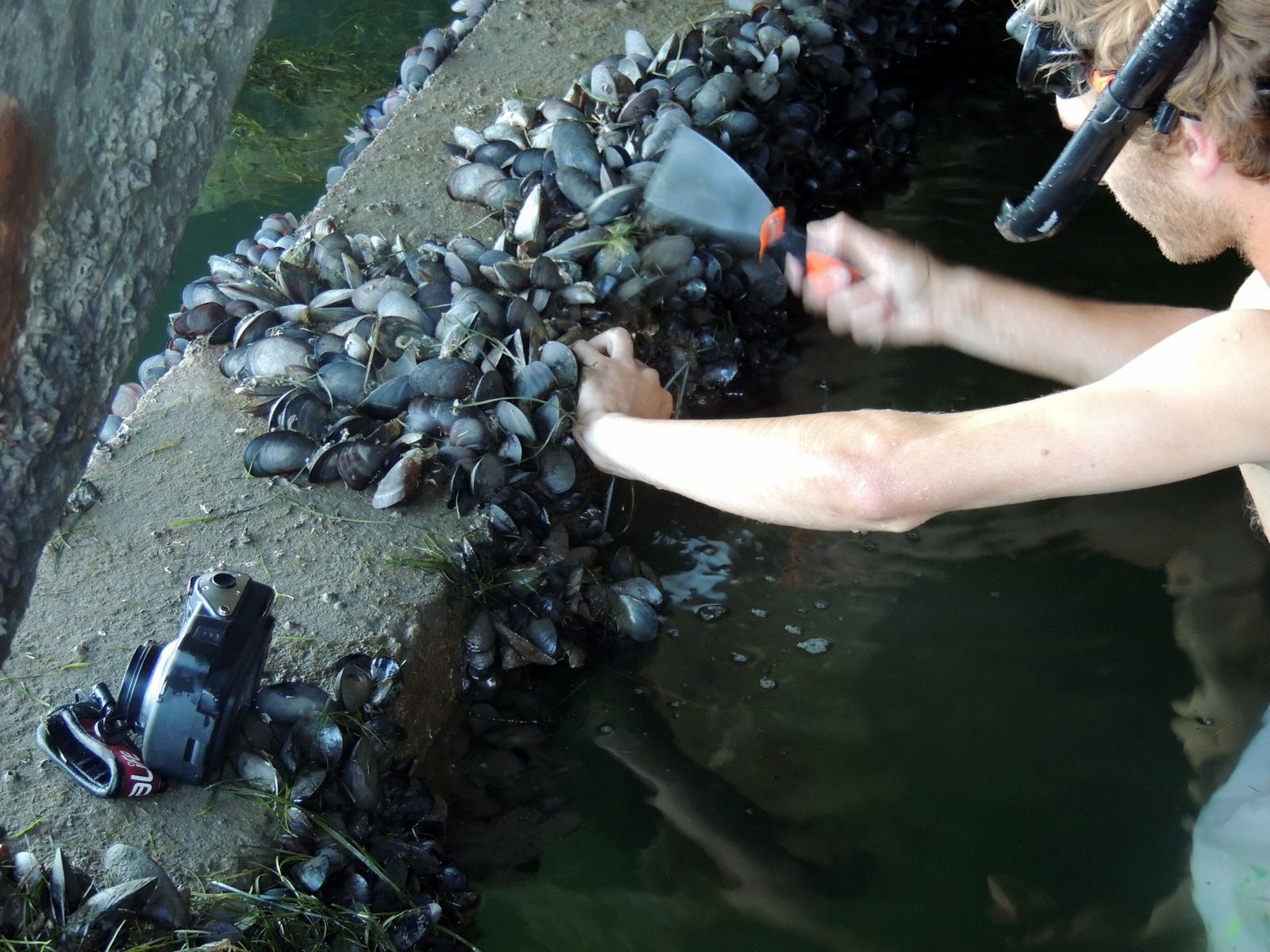 Doing this research has both its ups and downs when it comes to the science behind it all. The most difficult part is also the most tedious – counting and identifying hundreds of bivalves in just one sample, remember that I have 30 samples per month and I have a year and a half worth of samples! But once the nitty gritty is done the data starts taking form and the science behind it comes alive.

It is enjoyable seeing the differences in samples over different months and although no statistics have been performed yet, a clear pattern in mussel recruitment is evident. Overall, I think the best part of my thesis is that I get to come and enjoy the beautiful scenery of Knysna and the lagoon every month, while knowing that my research will ultimately benefit the estuary itself and science as a collective.