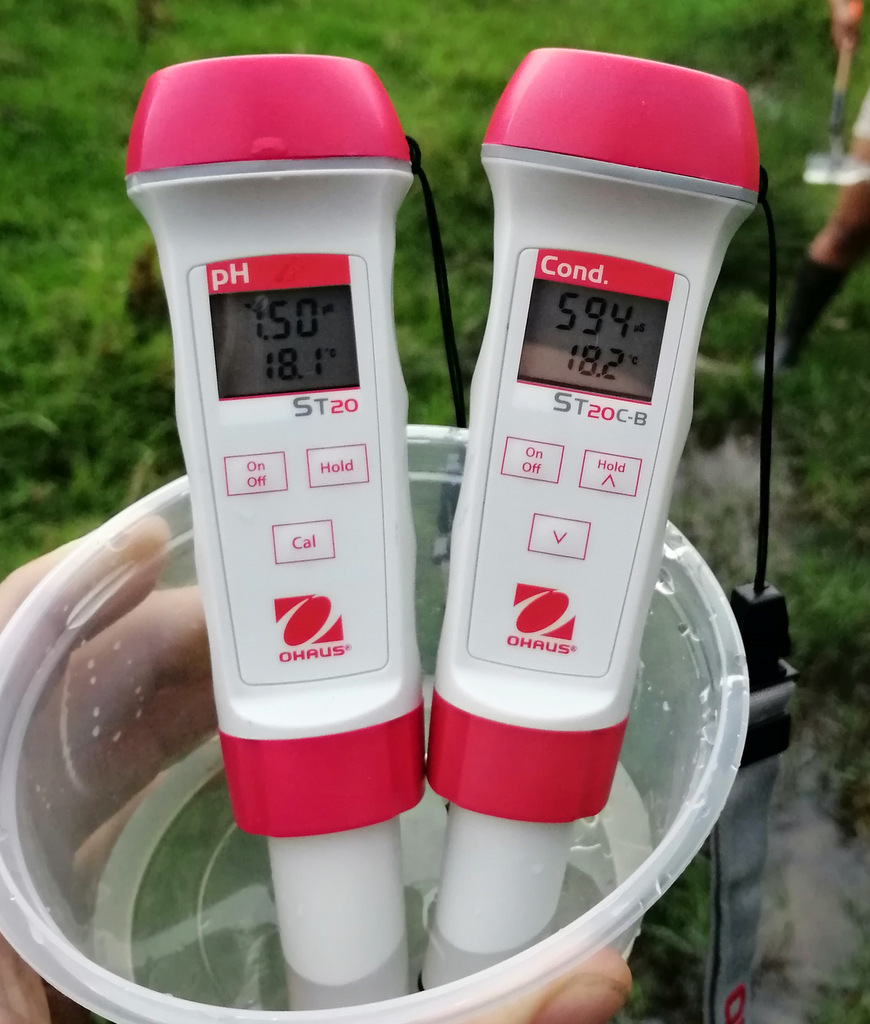 The Knysna Estuary is often referred to as one of the most biodiverse and iconic estuaries in South Africa and is home to the critically endangered Knysna Seahorse. Poor land use practices, urban development as well as industrial and municipal discharge all contribute a significant amount of pollution to the Ashmead Channel which receives much of its runoff from urbanised and environmentally degraded areas such as the N2 roadway, Knysna CBD and the semi-formal settlements at the headwaters of the northern and eastern catchments of the estuary. Ashmead Channel is currently facing the brunt of the impacts of urbanisation, is considered eutrophic (high nutrient and low oxygen levels) and is host to a persistent algal bloom (dominated by Ulva spp.), which decreases light penetration to important benthic communities (where the water column meets the floor-bed). The issues surrounding an algal bloom include degradation of biodiversity which can have major impacts on the valuable ecosystem within the Knysna Estuary and impacts on the local community and the ecological benefits provided by the flourishing estuary. Placing value on the natural landscape, and preserving the streams, rivers and environment is essential for the sustainability of future generations.

The stormwater research will take on three aspects: Water quality monitoring, hydrological modelling and evaluating the potential for Sustainable Drainage Systems (SuDS) in the catchments contributing poor water quality to the Ashmead Channel. Alice Harvey investigated the pollution problems in the catchments surrounding the Ashmead Channel in 2018 and came up with some interesting conclusions. She noted that beside the Municipal Wastewater Treatment Plant’s continuous ignorance to water quality standards, the Bongani Catchment contributes significant levels of nutrients and E. coli to the Ashmead Channel. Another water quality issue noted is the high E. coli levels in the headwaters of both the Bongani and Bigai Catchments where fresh water (of drinking quality) originates from springs. The communities in the headwaters of these catchments utilise some of this water for household use; however, by the time the streams leave these settlements they have a very different level of contamination. Exacerbated levels of pollution in the streams worsen downstream and have many negative impacts on the communities who depend on these streams resulting in poor health for those who live in near proximity to them.

In order to reduce the impacts that poor water quality has on the communities that are dependent on these streams and the ecosystem goods and services provided by the environment, an understanding of water quality characteristics need to be established in order to identify pollutant hotspots. The analysis will provide information that is useful for determining where the current issues of pollution lie in the catchment and motivate where solutions could be implemented. Water quality monitoring is directed by the Knysna Basin Project (KBP) and includes collecting water samples from 18 points in the Bongani and Bigai Catchment areas. The pH, electrical conductivity and total dissolved solids are measured upon sampling with OHAUS® hand-held probes, the KBP laboratory followingly tests for turbidity, inorganic nutrient concentrations (Ammonium (NH4+), nitrates (NO3), nitrites (NO2) & orthophosphates (PO4)) and a few other parameters. Samples are also sent away to an accredited lab for E. coli analyses. Several samples will be taken to the water quality laboratory at the University of Cape Town (UCT) and will be tested for organic constituents to give an account for the total Nitrogen and total Phosphorous concentrations which will be compared to the pollutant concentrations estimated in the hydrological model as well as the inorganic nutrient data collected by the KBP. The data is then analysed, and notable pollution sources are investigated further to identify where the major contributors to poor water quality lie in the catchments. This information is pertinent to potential stormwater management solutions as it informs decision makers on where the most prevalent challenges for water quality exist and where management needs to be invoked.

The hydrological modelling aspect entails a GIS based model which represents the rainfall, landscape, topography and stormwater runoff characteristics for the Bongani and Bigai Catchments as well as their calibration using water quantity data collected from the streams. This water quantity data will be collected using flow level sensors attached to the underside of culverts and bridges in locations where uniform channels of known area and roughness exist. The sensors capture the flow depth in the stormwater channel beneath, and this information is sent via a SIM card to a data base on Thingstream where values can be retrieved and converted to flow rate using a conversion formula (Manning’s equation). The goal is to be able to characterize the rainfall-runoff-pollutant relationship as realistically as possible such that stormwater solutions can be modelled and evaluated based on a representative of the real catchment.

Urbanisation is characterised by development of impervious surfaces like roads and parking lots which have reduced infiltration, and increased stormwater runoff peak flows and volumes. This is worsened by increased pollutant deposition from human based activities and due to extensive replacement of much of the area where natural ecosystems once sprawled and thrived upon reducing the natural buffer zone. Natural catchment areas that once controlled stormwater runoff by retaining it in groundwater and surface water, filtering and absorbing it through vegetation and micro-organisms as well as attenuating flooding, nutrient loading and sediment deposition have been depleted. The need for improving urban drainage systems involves re-establishing some of the natural drainage corridors that used to effectively control flooding and water quality. SuDS aim to improve water quality, flood control, infiltration to groundwater, amenity as well as biodiversity and the ecosystem goods and services provided by aquatic environments. Water sensitivity in a town like Knysna can bring many benefits to the local community. Enlightening, engaging and educating people on the benefits of a healthy environment are vital to improving the health of urban rivers for those who depend on their many benefits.

The purpose of this research is to tie water quality monitoring and hydrological modelling together to best inform management actions, however, collaboration between different groups and individuals will be vital to the effectiveness of the research. Michael Armitage, from the Environmental and Geographical Science department at UCT, will be investigating the contribution of heavy metals to the sediment in Ashmead Channel and its surrounding catchments. A recent addition to the KBP team, Ntombi Vudla, a water quality intern will be overseeing sampling and testing of stormwater, as well as the compilation of a database for water quality in the Knysna Estuary and surrounding catchments. The research covers the pollution of stormwater, sediments and the estuary and ultimately evaluates the causes of eutrophication and heavy metal contamination of Knysna’s valuable aquatic environments. Ashmead Channel and the Knysna Estuary are valuable on a local, national and global scale. Protecting its immense biodiversity should be the obligation and responsibility of all.

Instagram did not return a 200.
© 2020 Knysna Basin Project. All Rights Reserved
Hosted and Marketed by Gwim